It rained when we left Newport for Woods Hole to catch the ferry to Martha’s Vineyard.  The rain tapered off by afternoon but it didn’t change my opinion about Martha’s Vineyard: boring. I know I’m probably the only person in America who thinks that. I guess tourist shops, mediocre restaurants and beaches are just not my cup of tea. I bussed my way through each island, saw the Gingerbread houses in Oak Bluffs and the white houses in Edgar town, then caught the ferry back to Woods Hole and drove to Cape Cod.

The motel I stayed in Yarmouth was a dump but no matter, it was a central location to drive to Provincetown via Brewster. I did the requisite stop at Brewster Store, an old-fashioned country store that has been in operation since 1866, and browsed through the penny candies and other knick knacks they offer. Then I arrived at what quickly became one of my favorite cities located at the very tip of Cape Cod: Provincetown.

Provincetown is loud, colorful, and fun. It has shops that I was actually interested in: artsy and unique just like this city. I climbed the 116-some steps of the Pilgrim Monument which awarded me with a lovely view of the harbor:

What really summed up this city for me almost didn’t happen. After a big dinner at Lobster Pot we were going to head back but decided at the last minute to stay and walk around for a bit. While walking we came across a woman passing flyers about a small one-man show that night. Next to her was a man dressed as a woman in a flamboyant costume. This was how we met David “Scarbie” Mitchell. His show was called Lip-Schtick. We decided to watch it and it was wonderful. The show was autobiographical and basically told his story growing up different. He managed to make even a bad situation funny and even when he was picking on the audience a bit we all laughed along with him. Lip-Schtick was the quintessential Provincetown: broken but whole, different, colorful, loud, fun.

Here’s more of Provincetown in pictures: 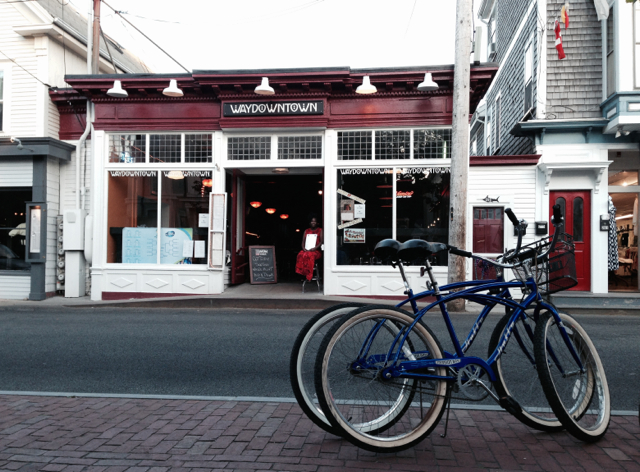 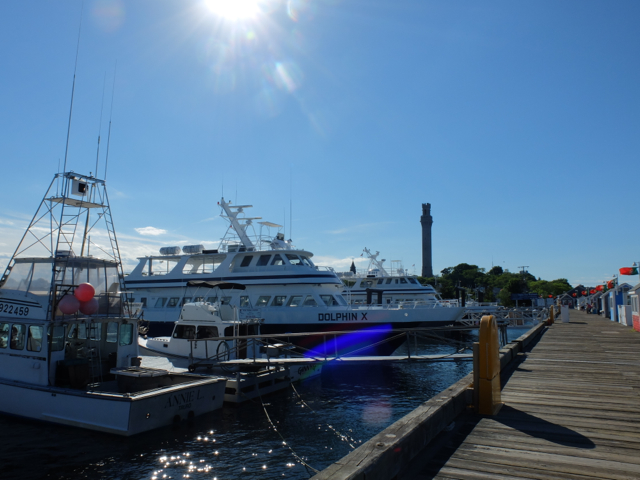 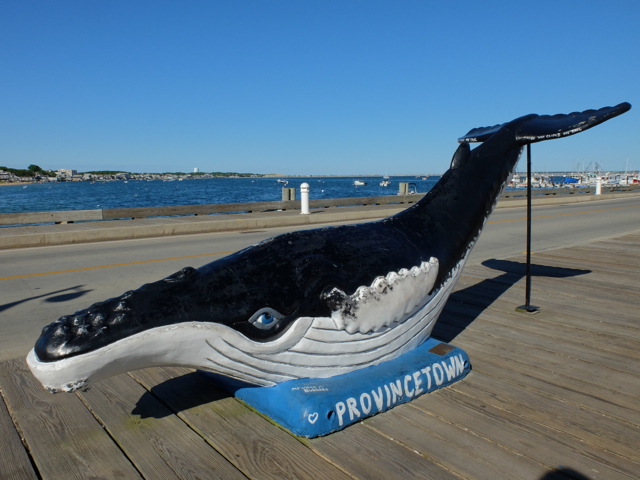