Skyscrapers, busy streets, upscale stores.  Someone should have told me Shanghai is much like L.A. and saved me the trouble of coming here.

A stroll  on the Bund along Huangpu River is pleasant if you like the view of tall, modern buildings.

I have explored varied places in China these past few weeks and I have to admit that I like Shanghai the least.  There is something not quite whole about this place, like it hasn’t found its soul yet.  Though, there were a few good spots I discovered walking along the residential alleys away from the touristy spots of the French Concession, Tianzi Fang and Xintiandi.  The Yùyúan Garden was pretty but it reminded me of the Dr. Sun Yat-Sen Classical Chinese Garden in Vancouver and the Bazaar next to it made it artificial.  I didn’t feel like I saw anything different here.  If this was the only city in China that you visit then you have not experienced China.

Even the food is mediocre.  The famed steamed buns were no better than what I had elsewhere.  The fried dumplings though, I admit, were different and delicious.

Xintiandi and the French Concession are areas where one will find upscale malls and expensive restaurants with tree lined outdoor cafes giving these streets a European vibe.  It was an interesting walk, if only to people-watch and exclaim at the exorbitant prices on the restaurant menus.  (Huanghe Road off People’s Square have excellent food stalls with better prices.) 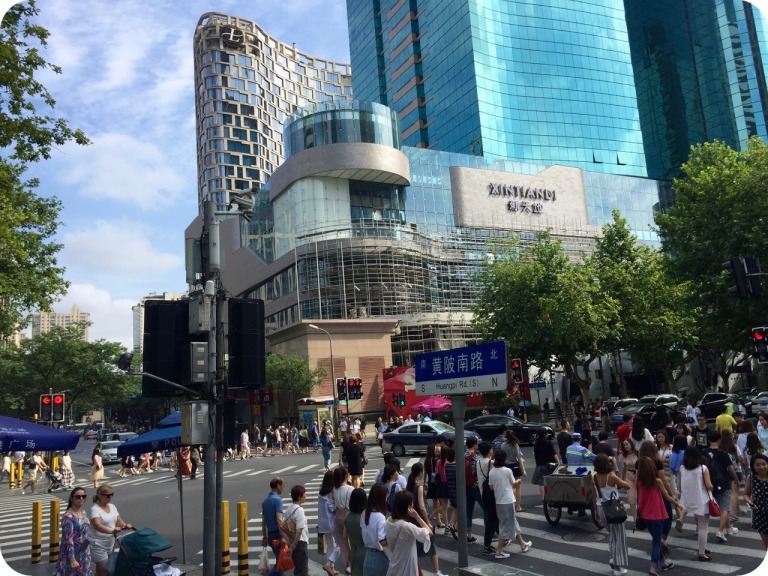 Tianzi Fang is a maze of food stalls and touristy shops built within renovated residential buildings.  The higher floors are usually the living spaces.  The shops are a good place to pick up knick knack souvenirs if that’s your thing, or different varieties of tea in fancy boxes. 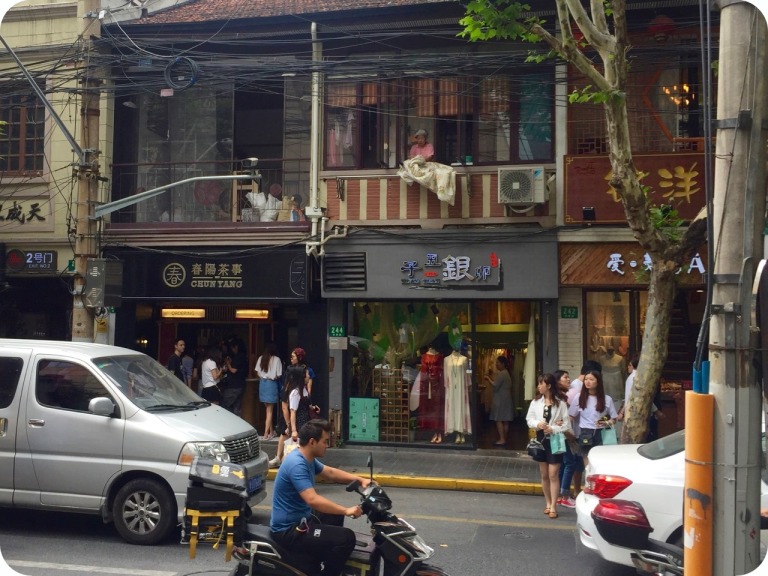 I don’t think I could bring myself to drink from something that looks like a blood unit: 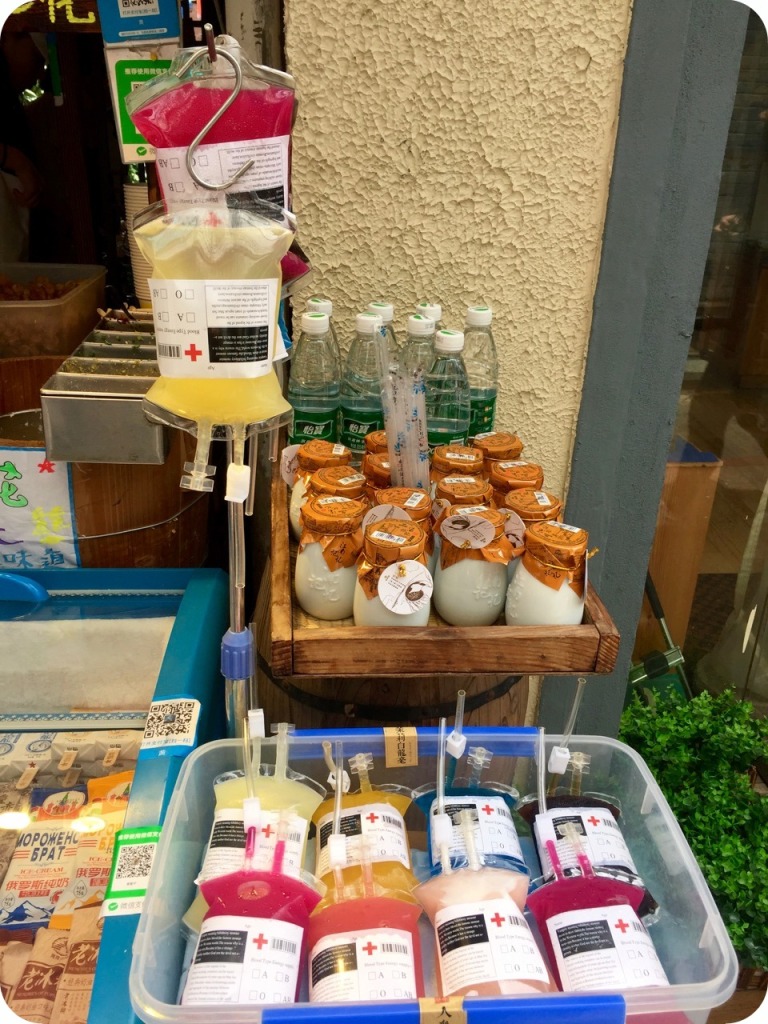 The Yu Garden is a 5-acre compound dating back from the Ming Dynasty.  It was initially intended to be a private garden for Pan Yunduan, a Ming-dynasty official,  and his family.  Big structures aside, the small details and carvings on the structures are actually worthy of a closer look.

Walking away from the touristy areas I found quiet tree-lined streets and narrow alleyways, and caught a glimpse of residents going through their daily routine or sitting in front of little stalls selling spare parts and household items.  There are some hidden gems in the French Concession as well with tasteful little boutiques and coffee shops. 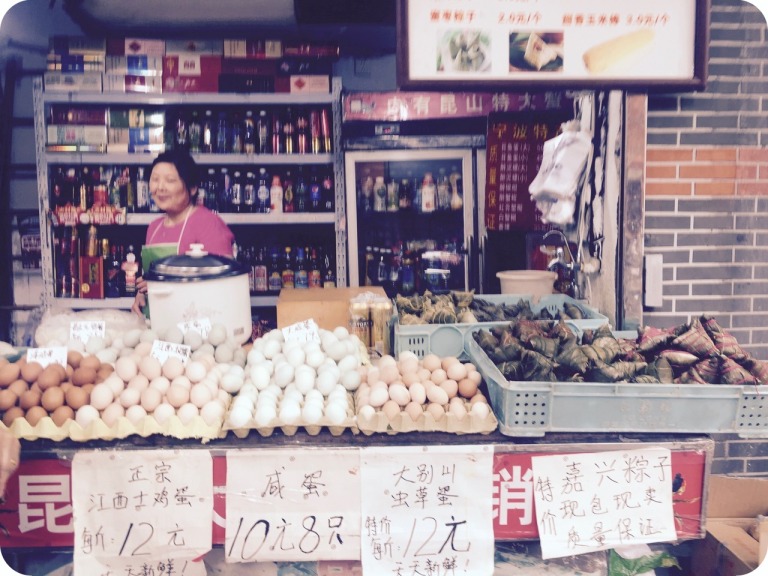 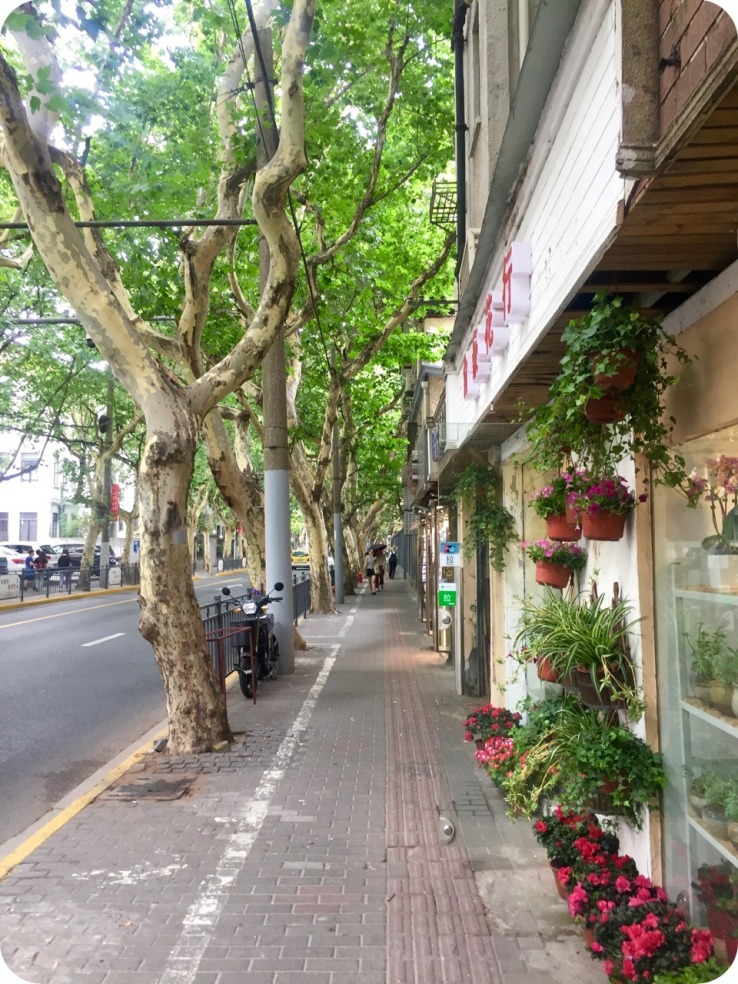 I met an American in the hostel who said she likes Shanghai because this is the only city in China where she thinks she can participate in civil activities.  I asked her what about the city makes her believe that.  She said because it is the only city where she can actually find people that speak some English.  So, she likes it not because she can immerse herself in the Chinese culture, but because they are willing to accommodate her.  There is something not right here.  I left this city feeling that the visit was a waste of my time.

2 Replies to “Shanghai: A Different Version of China”