On the way to Sorrento was where I first heard the Neopolitan dialect: from an angry man inside the train car I was sitting in.

The Neopolitan dialect is a group of dialects spoken in the southern regions of Italy. It is different from Italian in a number of ways, such as in grammar formation and nouns. The words are also pronounced differently which makes the sentences even more difficult to comprehend: word endings are cut off for example.

2 young boys entered the train car and started horsing around the way young boys do: making fun of each other, closing and opening the doors, etc. One boy started to make fun of the man behind him who was taking a nap. It went on for a long time. Then the man woke up, angry, and started shouting at them .

This man had the loudest voice I have ever heard. Passengers from adjacent cars were looking towards us wondering what the commotion was about. Moving to a different car crossed my mind briefly, but curiosity won and I stayed.

I’ve been getting by with my Italian up to this point so I was quite perplexed when I could not understand a single word they were saying. But from their extensive hand and body gestures I could surmised what it was about. The man grabbed one boy’s arm and dragged him outside of the car. Minutes later the boy came back with the train conductor….more talking in loud voices, more elaborate gestures, then the boys finally left.

This entire incident happened right next to me. I’ve never been so glad to reach a destination.

This was what greeted me at the end of that loud, tensed train ride:

Sorrento is a beautiful small town that overlooks the Bay of Naples. It has one long main street where quaint, tinier streets branched out of. Limoncello is produced here. It is made from lemon rinds, alcohol, water and sugar, and typically drank after a meal. I discovered you don’t necessarily need to buy some: just go inside one of the ubiquitous limoncello shops and they will happily give you samples. 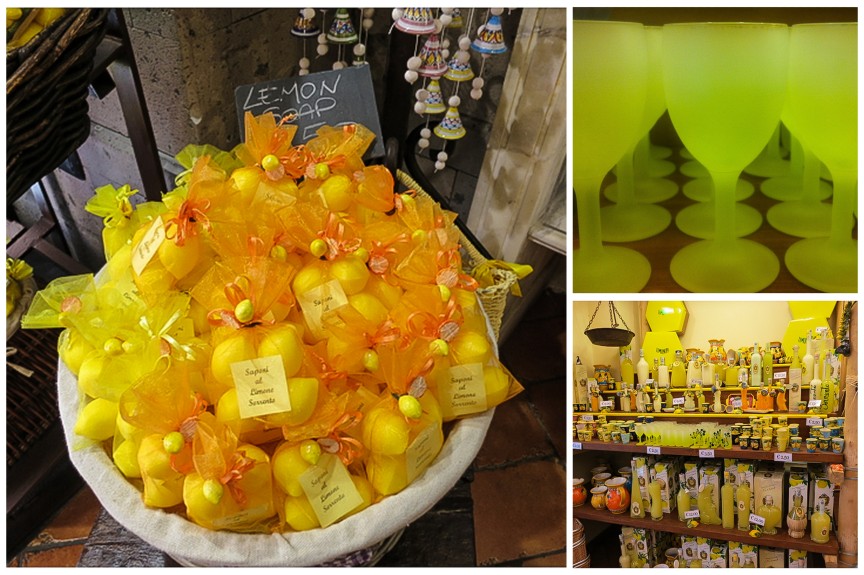 Positano was an easy day trip from Sorrento. The bus ride takes one downward, closer to the Amalfi coast. It was a postcard-perfect city on the hills.

John Steinbeck described Positano best not so much in florid adjectives but as a feeling: “Positano bites deep. It is a dream place that isn’t quite real when you are there and becomes beckoningly real after you have gone.” 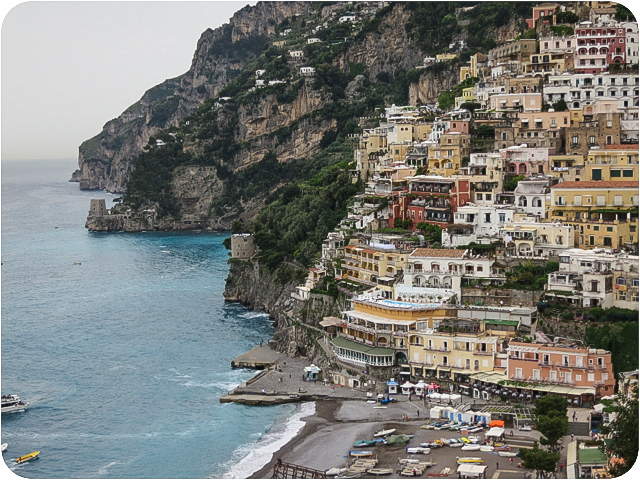 The road to Positano was a twisting, winding, heart-skipping, but scenic drive along the edge of a hill. Going there the bus was on the coastal side, and every time it made a turn it seemed we would fall off the edge into the clear, blue waters below.

In the town there was only one road situated somewhat in the middle of the hills to accommodate those with automobiles. Above and below this road were shops and houses, and way at the bottom was the water.

Then there were the stairs: narrow, steep, stone stairs cut on the face of the hill in between the shops and the houses. To get anywhere, you must climb at some point. There was no way to avoid it.

A store had a few sculptures and paintings of this woman in various poses. I liked this one the best.

Her confidence was beautiful. 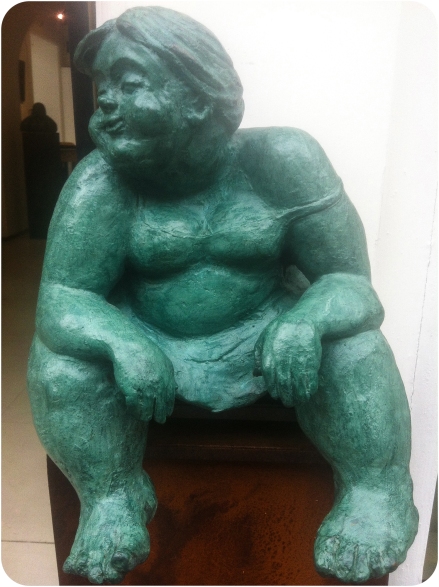 My visit to this city consisted of walking through its gritty streets looking for a pizza place rumored to make the best pizza in the world. Honestly, walking around Naples was a bit intimidating. The streets were littered with garbage, clothes and other junk, it was crowded and people talked in loud voices…scenes from mafia movies came to mind… It took about 1/2 an hour to find this place:

Da Michele, a small family-owned pizzeria in Naples that has been around since 1870. It claims to make the best pizza in the world. They only offer 2 types of pizza: Margherita and Marinara.  It is quite popular with locals and tourists alike and we waited for 2 hours to get a table.  Was it worth the wait? The pizza was good with just the right amount of cheese and sauce. But I wouldn’t quite call it the “best pizza in the world.”

A much somber daytrip from Sorrento was a visit to Pompeii. Pompeii was an ancient Roman city near Naples that got buried when Mt. Vesuvius erupted around 79 AD.

To get here from Sorrento, take the circumvesuviana (local train) to Pompeii Scavi. It takes about 30 minutes. Pompeii is halfway between Sorrento and Naples. Entrance fee was 11 Euros.

I was surprised by how big the city was. It was eerie walking around what was essentially the skeleton of a once functioning, inhabited city. It was also interesting to see how people lived back then.

If you haven’t seen this video yet, and you have one hour to spare, I recommend watching BBC’s Pompeii: The Last Day. I watched this video before my visit and it helped me to visualize how things may have happened that day.
https://youtu.be/10XtuFWrCRg

Total days in these areas: 3

4 Replies to “Tales from Southern Italy”